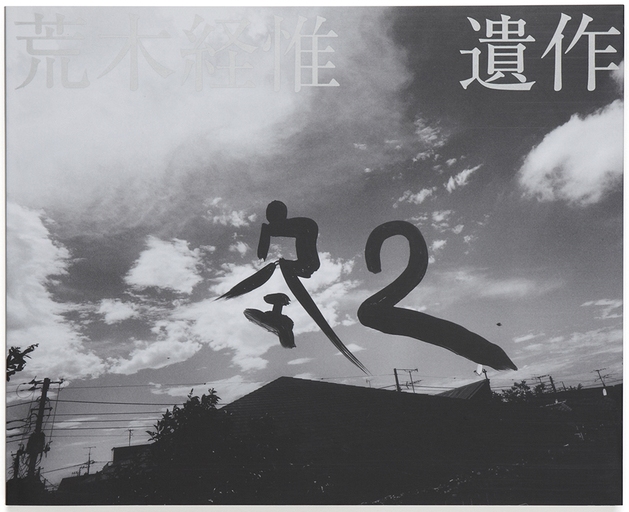 After having an operation for prostate cancer, the previous year, Araki worked quickly to produce this work. This is a diary that depicts daily “things” and “feelings about death” with calligraphy, painting and collages on his black-white photos of the sky, which are used here as a kind of canvas.

The first 254 photographs of the series, produced from January 2 to August 15, were published by Shinchosha in a limited-edition of 1000 copies. The final 144 photographs, produced from August 16 until the end of the year, are included in this book.

En passant une commande avec in)(between, vous signifiez votre accord d’être lié par ces conditions.
By placing an order with in)(between, you signify your agreement to be bound by these conditions.