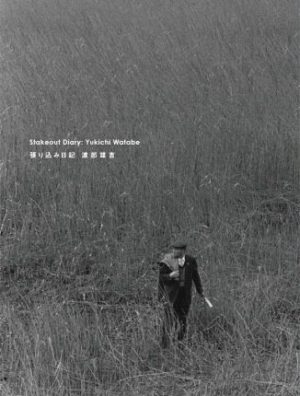 Yukichi Watabe documented the investigation of a grisly murder that had occurred in Mito (Ibaraki Prefecture) in 1958. Watabe closely followed two police detectives, one from the Metropolitan Police Department and the other local. Their investigation involved stakeouts around downtown areas of Tokyo, areas that have since changed beyond recognition.Some photographs from the series appeared in a magazine in the same year but there was no opportunity for any further publication.
As a result, the photographs were little known. In 2006, a British dealer in old books found 120 sheets of these photo works at Jinbou-chou (central Tokyo), and the work was published in Paris in 2011.
This photo book,A Criminal Investigation, attracted attention all over the world.For this new publication, we have borrowed negatives from Hiroyuki Watabe, the son of Yukichi Watabe, for a fresh selection, using prints made especially for the purpose.
Even for those who are lucky enough to possess a copy of A Criminal Investigation, the new book will come as a revelation.