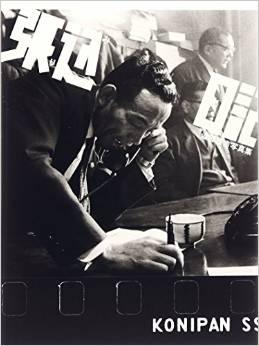 The most recent publication of the bestseller A Criminal Investigation originally published in 2011 by Editions Xavier Barral, Publishers Nanaroku-sha presents a third publication of the photographs of the murder investigation captured more than 60 years ago by Yukichi Watabe. This publication presents the photographic records of the investigation into the murder of a man near Lake Sembako on the 14th of January 1958. The resulting photographs mark the first time in which a photographer was allowed to accompany a police investigation, and over a period of 20 days, Watabe was able to capture more than 1000 photos. Here the images document and follow the investigators as they question witnesses, visiting tanneries and local establishments, taking the viewer through the changing streets of Tokyo in search of the perpetrator. Within these images lie more than just a documentation of the criminal investigation itself, here present within Watanabe’s photographs is a depiction of a Tokyo rarely seen, a city and people changed by the result of War, a portrayal of Japan in the 1950s, visibly marked by the early beginnings of the transformation between tradition and westernization.