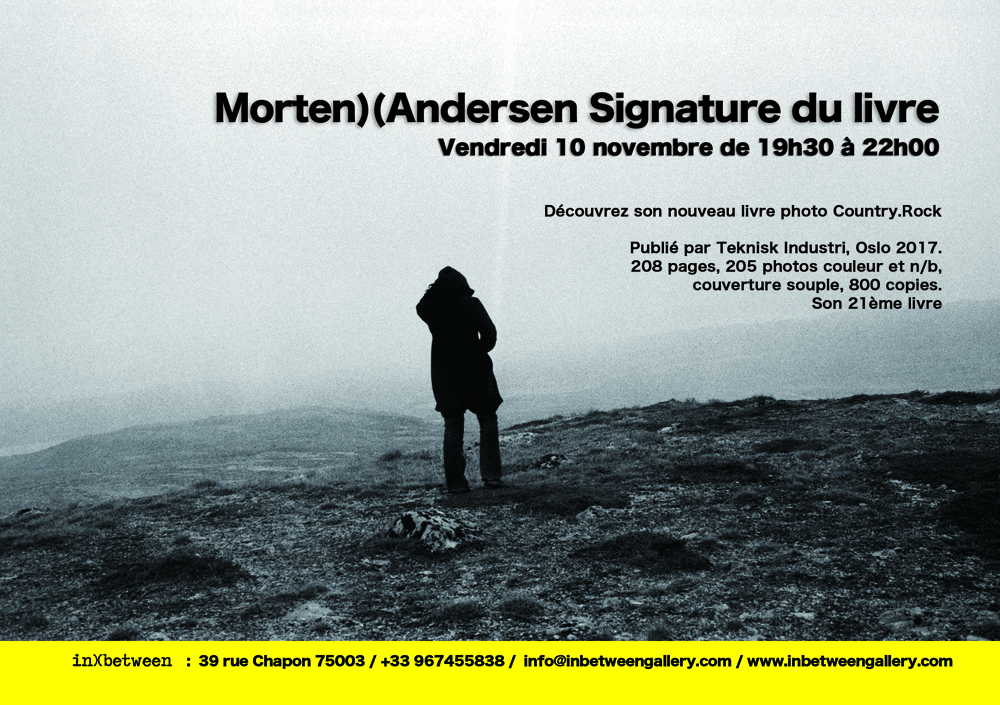 Country.Rock will be my 21st book

Country.Rock was shot in the north of Norway during the last 3-4 years. It can be seen as a (loose) continuation, or consequence, of my 2013 book Untitled.Cities that took place in a fictitious European city in the near future, after some catastrophe where most things have stopped functioning. A visual story that tried to resonate the social and psycho-logical situation in Europe.

Country.Rock can also be seen as a fictitious place, or a condition, where the big cities of Europe have become uninhabitable and young people are forced to move out to the outskirts of Europe (north of Norway!) where they try to build new communities. The story takes place in a thought future but with underlying themes from reality as how we use our resources, climate crisis, natural disasters etc. But also about escaping, myths, dreams, nature.... Few things have been photographed more in Norway than the nature and the landscape but most of it are pictorial and postcard like photos that shows the beauty of it but lacks the experience of being in it, to get wet, lost, freeze, feeling the wind in the face…

in)(between gallery invites you to the fifth edition of its Japanese)(Night event. This friendly event brings together Japanese and European photographers, an audience of amateurs, collectors, writers and publishers from all over. More than twenty artists will present their photographic works and will share their visions, discoveries and experiences, a special opportunity to discover the works and latest books of each of the artists present while having some drinks. Particular attention will be paid to the work of three photographers: Emi Anrakuji, Morten Andersen and Koji Onaka’ each will present their new books. Come and meet them and discover the two exhibitions: Yang Seung-Woo // Shinjuku Lost Child - 新宿 迷 子 (Shinjuku-Maigo) in)(between record vol. 32 and Antoine d\\'Agata // MANIFESTO in)(between off the record vol. 4. 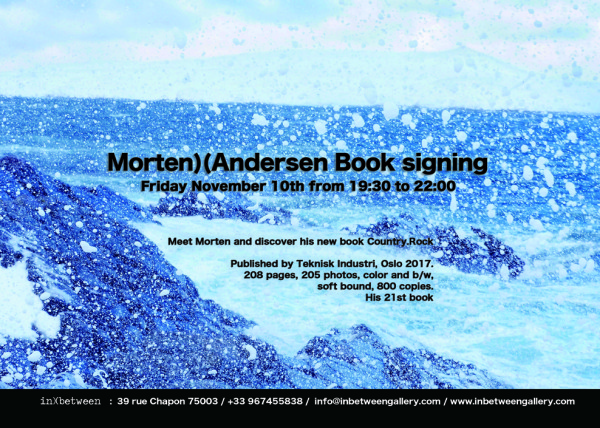 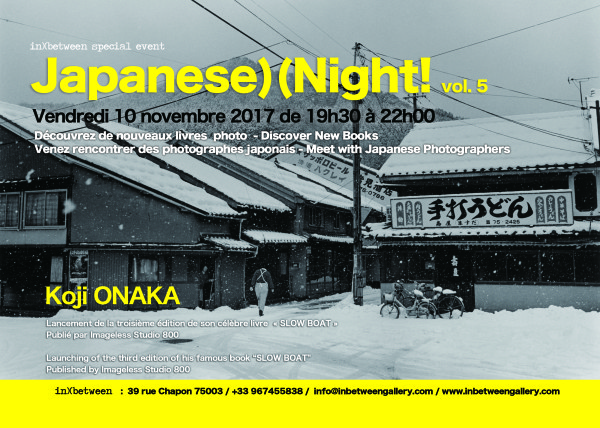 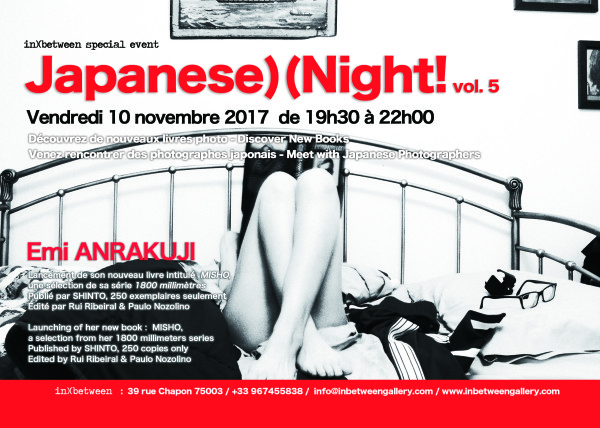 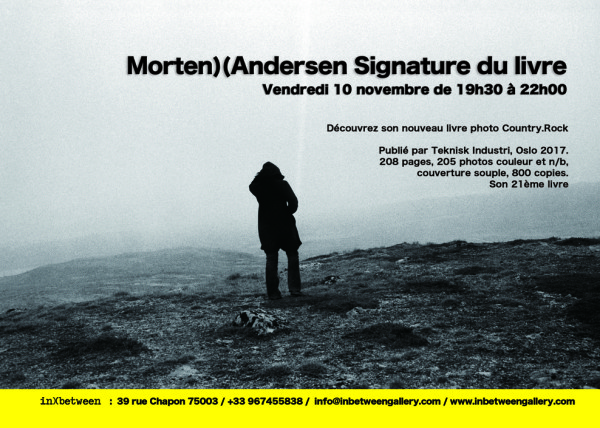 Antoine d’Agata)(Night
Saturday November 11 from 19:00 to 23:00
Unveiling of his new project – in the presence of the artist
Projection – Silkscreen – Print)(Show 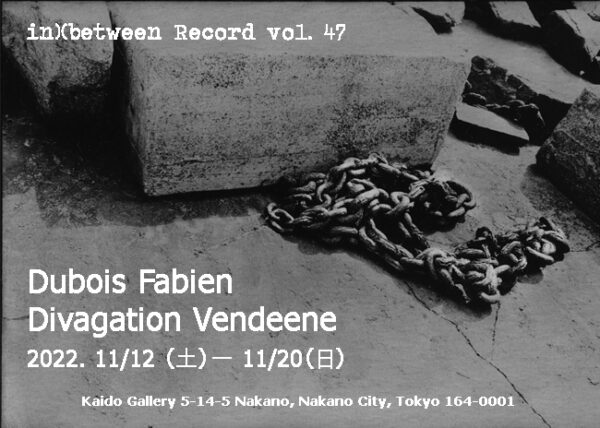